Paris, The Most Romantic City on Earth

Paris is one of the largest cities and is found in the western world. It is the capital city of France and is located in the northern side of the country by the river Seine. In the world Paris is known to be the most romantic city and has also become one of the major global cities due to being the leading city in business and cultural centers in the world. 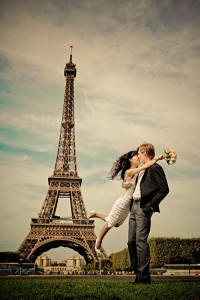 As you go on with your romantic escapades in Paris, you may want to surprise your woman by proposing for marriage. The city has the best places that you can do your proposal and they include ile dela , Canal St. Martin, and Maison Blanche. Other ways that you can do to have the real experience of the Romantic Paris are taking a Cruise on the Seine, a show at Moulin Rouge, kissing on the Eiffel Tower or having a dinner at The Tour de Argent.

Paris is a city that is well known of having the right ingredients for a rendezvous that is unforgettable and which can fit to the definition of Romance by any couple. The city also has the best and the sexiest hotels so when it comes to sleep expect much of the romance even in their hotel rooms. Some of the best hotels for Romantic escapade in Paris include Hotel Bourg Tibourg, Hotel Chopin, L’Hotel, Hotel Particulier Montemarte, and Saint James Paris.

As you go round the city make sure you record a video of all the things you are doing as this can be the best way of keeping the memories alive. Being a romantic city there a lot of things that you can do with your loved one and thus it will important that you plan it well to make sure you will spend your time with no disturbances. You can even decide to switch of your mobile phones just to have a romantic time together

For travel tips Paris happens to be mostly explored on foot, but if you are not comfortable in that you can use the Metro which is a subway and goes everywhere that you would like to go. Their public transportation is easy and cheap but walking could be the best option if you want to explore more of the city. Other means of transportation available include air, train, metro, car travel, bus and boat travel.